“Beyond Skiing Everest” is the story of identical twin brothers Mike and Steve Marolt and life long friend Jim Gile taking ski mountaineering from their back yard peaks around Aspen, Colorado, and naturally progressing their sport to the greater ranges of the Himalaya and Andes over a 40-year period, and ultimately to being inducted the USA National Ski & Snowboard Hall of Fame.

The film is a dashboard of sorts for the critical natural progression that is required for ultimate success not only with skiing the highest peaks, but life.

Filmed by Mike Marolt and co-produced by legendary filmmaker Les Guthman over ten years, Skiing Everest tells the story of a group of close friends, led by Marolt and his twin brother Steve, who grew up in Aspen, Colorado, and went on to become the first Americans to ski from 8,000 meters (26,247 ft.) when they skied from the Central Peak of Shishapangma in Tibet in 2000, then challenged themselves on the high peaks of the Andes and the Hymalaya including Everest and Cho Oyu (6th highest peak in the world).

The film follows the Marolts and their childhood friends Jim Gile on skiing expeditions into the death zone above 26,000 ft., without using bottled oxygen. At the top of the world, they lock into their skis and challenge the most dangerous slopes in the world. 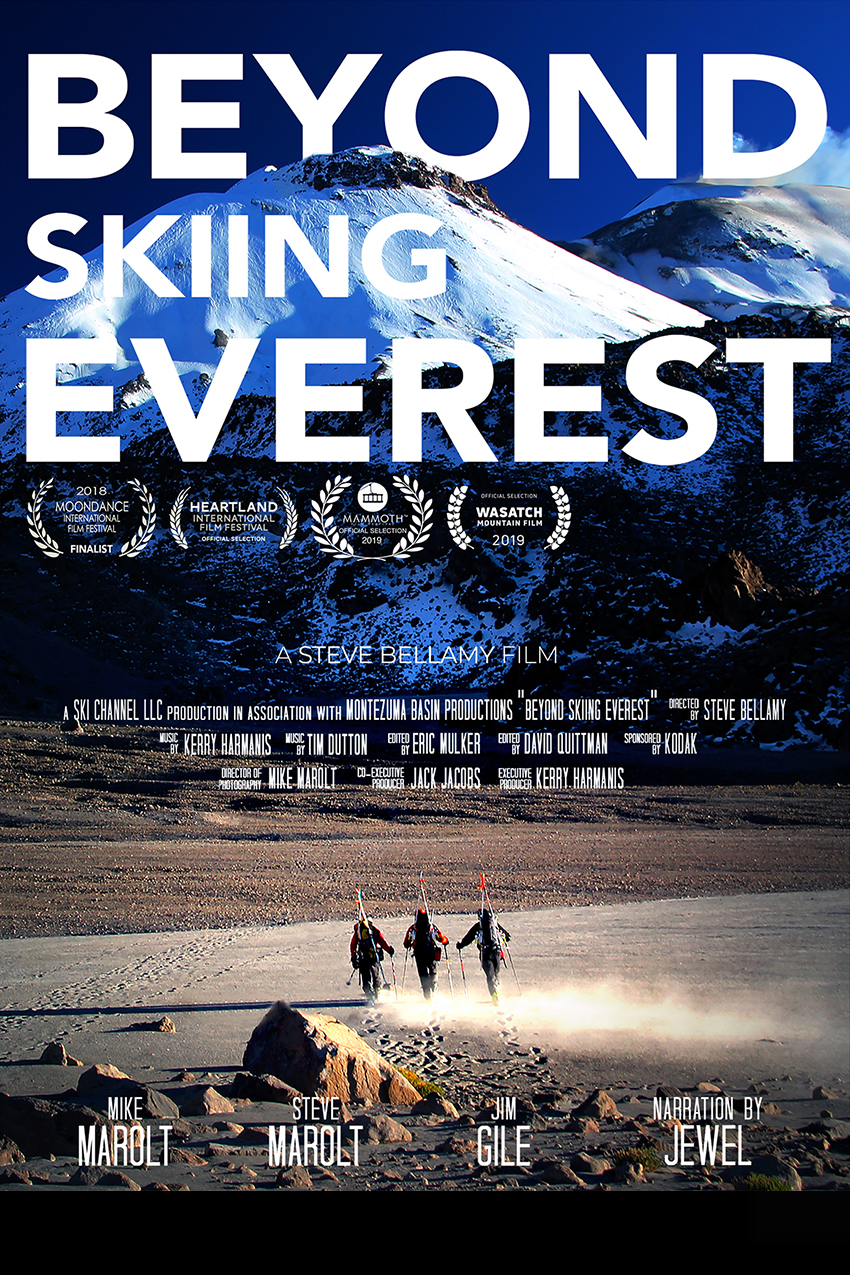 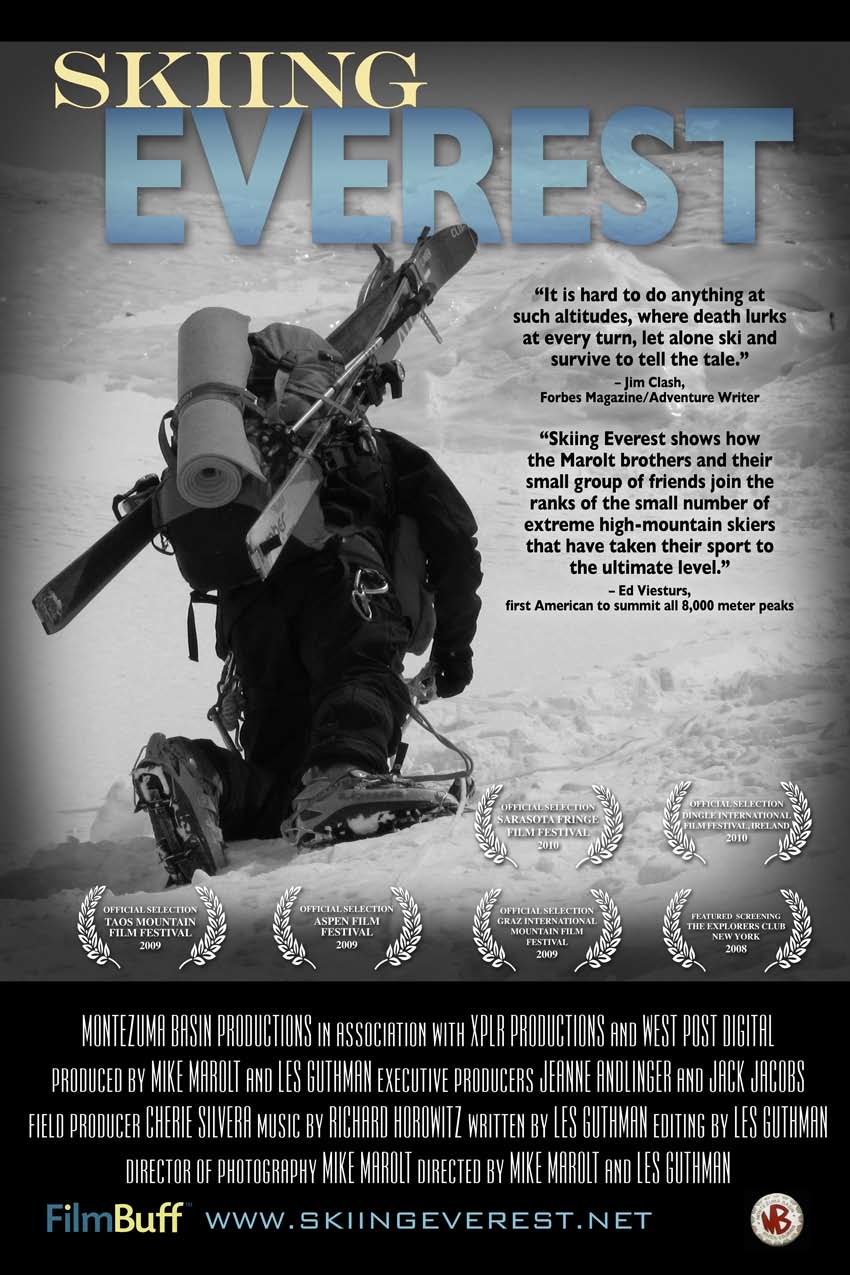